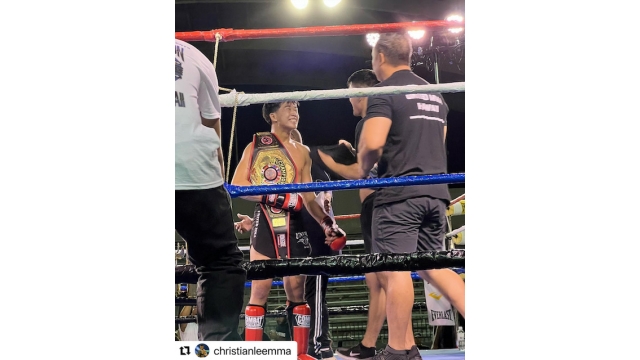 The Legendary Lee family has successfully unleashed the fourth member of the Lee siblings to the MMA World – Adrian Lee. Adrian Lee, the fourth brother of the MMA Legend Angela, Christian, and Victoria has recently became the new Champion in Hawaii.

Adrian Lee added one belt to his already stack resume:

Adrian Lee vs. Sebastian Prangley was the main event of the evening.

Sabastian Prangley representing AKA, traveled from Idaho to fight Lee. According to Tapology, the American was listed as 1-0 as an amateur.

In a short video shared by double champ Christian Lee on Instagram, Adrian can be seen picking Prangley up and slamming him to the ground. Both fighters wore head protection, shin guards, and padded amateur MMA gloves.

Toughman Hawaii was held at the Edith Kanakaole Tennis Stadium, where ONE Championship stars Christian Lee, Angela Lee, and Victoria Lee. It is a matter of time until their younger brother signs with Yodchatri’s One Championship promotion.

There isn’t currently any fight footage available, but Adrian Lee shared a photo of himself on Instagram with the belt.